Another restaurant that caters to raw foodists in West Palm Beach is Christopher's Kitchen. The menu has cooked items on it, but with its interesting and appetizing raw food selection on the menu with clear description of the ingredients, it is not so surprisingly that it is frequented by people working at and guests from Hippocrates Health Institute. Although I didn't go there, menus were passed out to all guests at HHI to let them know that in reality there are some places that do in fact cater to people choosing the raw food diet. 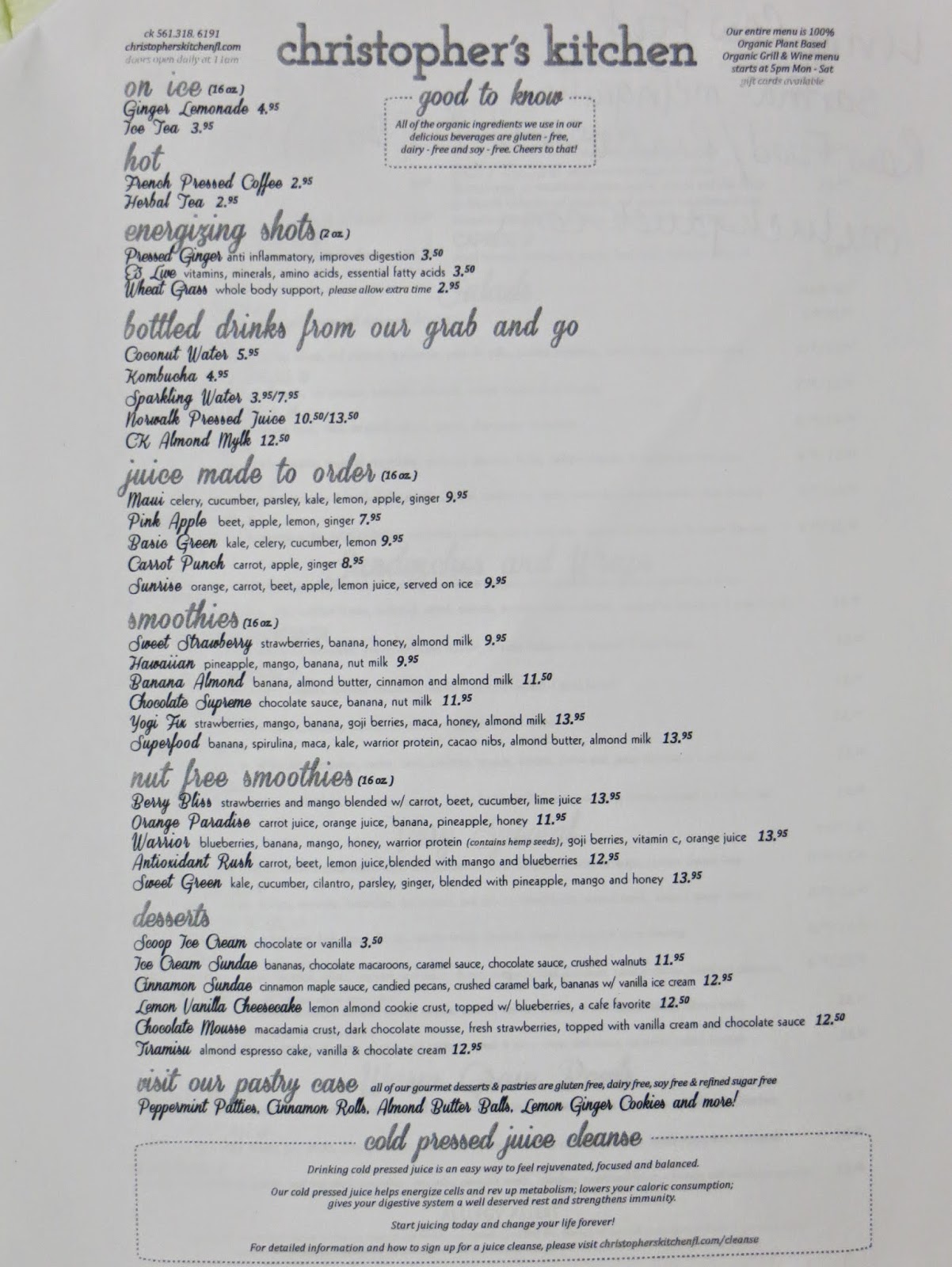 An aside:  Christopher's Kitchen also has a whole page of wines to be served with the raw (or otherwise) food dishes, but as wines aren't raw food and, because of the sugars and fermentation processes, they certainly aren't for people with candida  (or cancer or a bunch of other autoimmune diseases needing to be controlled). So I didn't include the listing.

While the average concept of a raw foodist is someone who eats more than 50% of their food raw (like myself), people at HHI don't regard someone as a raw foodist unless they are 80% or more. That is their recommendation for people who can't manage the full raw food diet.

For the people who are at HHI for 2-3 weeks, there is a counseling session which individuals can sign up for and one counselor-lecturer-assistant will do a detailed web search on where the guest lives and the types of restaurants and stores back in the home area where the raw food lifestyle can be portmanteau-ed out of HHI.

HHI is all about lifestyle change, and so in addition to the one-on-one counseling session, we were given menus for Christopher's Kitchen in order to get menu planning ideas for ourselves once we're away from the HHI lifestyle center. Although we might not live near a raw food restaurant like Christopher's Kitchen, we can still get a very varied listing of food ideas to package for work, take on picnics, for hosting parties, etc. and not feel so overwhelmed by suddenly not having 'anything' to eat.

Here are some menu items from Christopher's Kitchen that I found on Yelp: 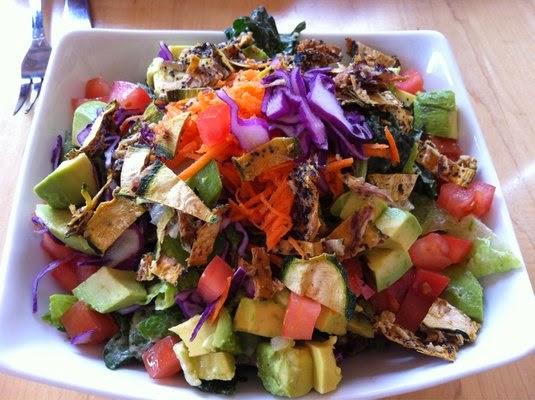 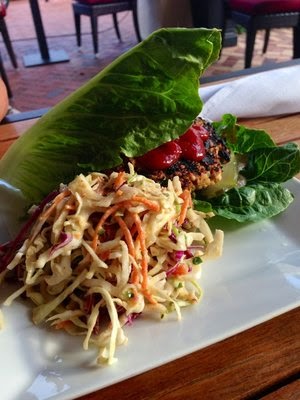 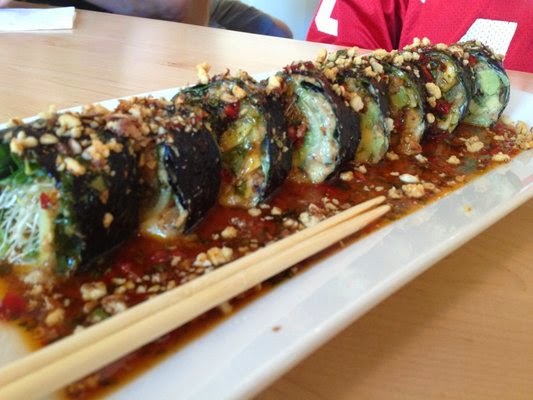 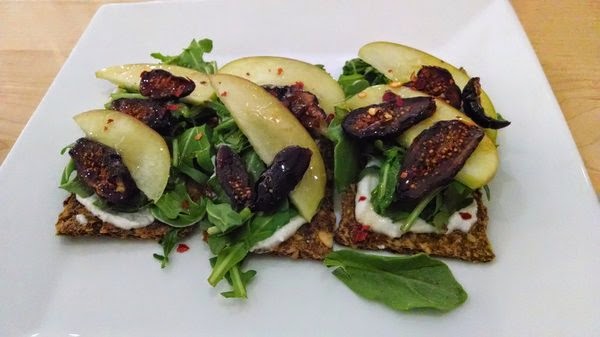 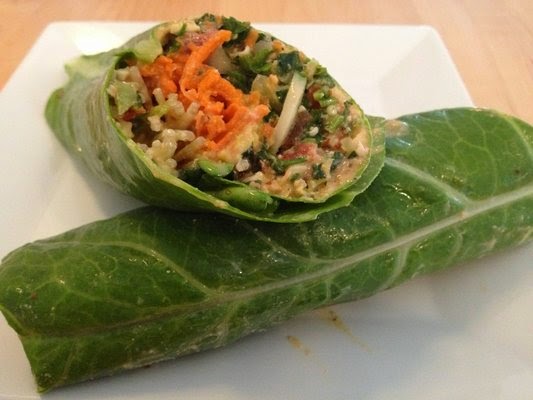 Even for people on the healthy raw food diet, not everything is "healthy" for each individual. Food selection is still based on one's own health concerns. For instance, people with rheumatoid arthritis or chronic inflammation should avoid veggies in the nightshade family (tomatoes, potatoes, peppers and eggplants are the most common ones). When I was so sick at first,  I avoided these. Finally after 6-9 months when my inflammation was pretty much under control I started carefully adding a couple of cherry tomatoes to my salad. Wow! They tasted soooo sweet! As for eggplants, well, I like eggplant with soy sauce, and since I can't have soy sauce I don't often eat the veggie. Peppers I just recently added but I fix them in moderation, but there's nothing like a stuffed raw pepper for as a "sandwich" for lunch or when traveling!

Anyway, just because the food is raw and raw food is healthy it doesn't mean that everyone can eat everything. The people at HHI were taught what foods to avoid for their specific problem(s). People with candida and cancer (roughly the same diet) had some of the biggest restrictions. I have a ridiculous time eating out, but I could easily find something at Christopher's Kitchen. The biggest limitations there, I'm sure, would be the dressings as most have agave (a sweetener), sesame seed oil (a bit bothersome on the throat), soy sauce or liquid amino acids (fermented), or a vegetable oil (I use only olive and coconut). It's definitely the (candida-naughty) sauces on the tacos or the sushi rolls that make the food so amazing.
Posted by Cheryl Magnant at 10:50 PM